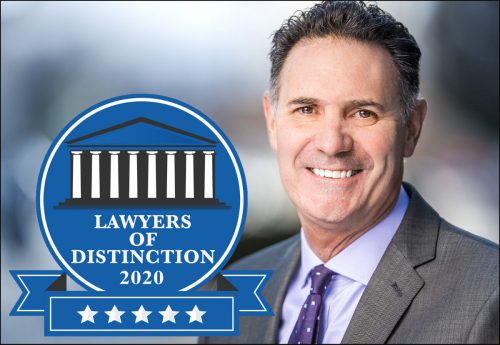 Matt Dion, Reno Personal Injury Attorney, and the other members of Lawyers of Distinction are accepted based upon objective evaluation of an attorney’s qualifications, license, reputation, experience, and disciplinary history. Please see www.lawyersofdistinction.com for further details concerning membership qualification.

Matt Dion started his career in the Bay Area representing major insurance carriers. In 1994, he moved his practice to Las Vegas, Nevada, where he continued to represent major insurance companies. After practicing insurance defense law in Las Vegas for three years, Dion instead began to represent injured clients, helping them to recover damages against insurance companies. Matt practiced personal injury law in Las Vegas until December 2012, when he relocated his practice to Reno, Nevada and can be reached at www.mattdionlaw.com.

Currently he exclusively represents individuals injured in accidents caused by another’s negligent conduct resulting in a personal injury, such as an auto accident.

Matt Dion has served as a private Arbitrator and Mediator, and he has tried in excess of 50 jury trials, numerous court trials, and countless arbitrations and mediations. Matt has been recognized as one of the top 100 trial attorneys in Nevada.

Khmerload, the Buzzfeed of Cambodia secures a US$200K investment from 500 Startups