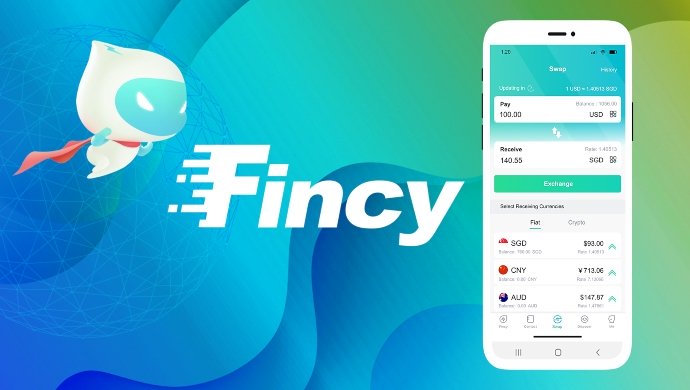 Singapore’s personal finance app, Fincy, has received a net of US$11 million in funding from its parent company, GBCI Ventures.

Commenting on the recent funding, CEO of GBCI Ventures, Douglas Gan said: “GBCI Ventures has invested US$11 million in Fincy because we believe that by leveraging a secure financial infrastructure built on the blockchain technology and by offering round-the-clock customer support, Fincy can provide an affordable, contactless alternative to existing financial services, especially in a post-COVID-19 world.”

Taking note that this is the second round of funding supported by GBCI Ventures to the startup co-founded by Douglas Gan. In 2018, the venture building firm also raised US$100 million to back startups working with advanced technologies.

With the recent capital injection, Fincy aims to further enhance its presence in Singapore, thus accelerating its user base and infrastructure growth, first across Southeast Asia, followed by the rest of Asia.

The fintech firm plans to expand its infrastructure with a new 6, 700 square foot office in Singapore’s central business district. The new office will house its technology, product development, compliance and sales and marketing teams. Approximately US$1 million is earmarked to employ 50 new hires in order to support the team in Singapore.

Founded in 2019, the startup aims to provide its users with affordable and seamless alternative financial services by simplifying currency exchanges through a multi- currency wallet. In addition, the app offers wholesale exchange rates with transaction fees as low as 0 percent. Fincy also allows users to create their own social networks in- app as well as contactless mobile payments.

In Myammar’s Yatai City, the contactless payments approach is already being employed. Fincy is the exclusive provider of financial infrastructure to the city’s residents. The financial service app utilises blockchain technology to power multi- currency wallet where it can be used to make purchases, receive salaries and manage expenses without physical contact.

Apart from Myanmar, the startup is also heading to establish the culture of contactless mobile payments in Phnom Penh, Cambodia where it is fully licensed and is accepted at more than 700 merchants and is used by over 40 companies for payroll.

In the near future, the fintech platform will be finalizing an external round of funding.

Fincy faces some competition from big rivals such as the renowned Chinese app WeChat and Singapore- based fintech firm Nium, which just raised a funding round from Visa and BRI Ventures, among others. A WeChat- like super app is to be created by the partnership of Indian conglomerate Reliance Industries (RIL) with Facebook, the Economic Times reported. The platform will combine social networking, digital payments, gaming and flight and hotel bookings, etc.

Singapore- based Transcelestial Technologies secures US$9.6M in Series A Round