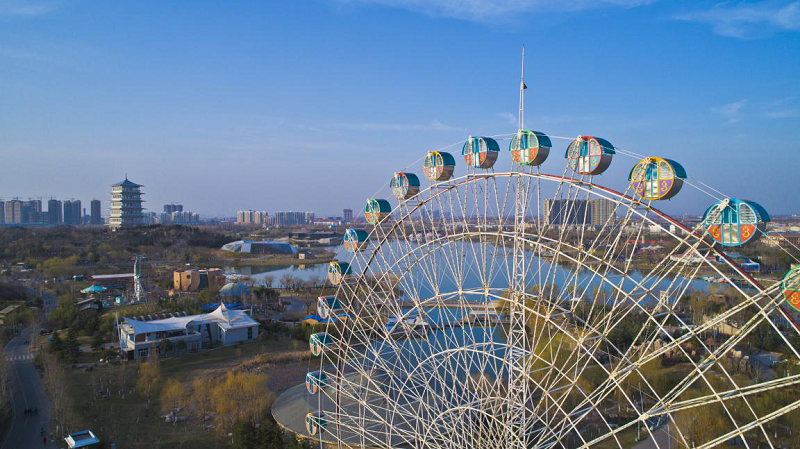 Chang’an Pagoda is an iconic landmark of Xi’an Expo Park. This is an aerial photo of the Park, where more and more people are attracted to come here for working, living and travelling by its ecological environment.

By turning lucid waters and lush mountains into invaluable assets, and conducting comprehensive river governance, Chanba has begun the ecological compensation mechanism. By developing urban green belts and river bank economy, the CBE has propelled its development with good ecological environment. The ecological value has gradually been manifested through expansion of the “ecological+” strategy and strengthening of characteristic industries. Now, the CBE is embracing a period of great development opportunities with a range of Fortune Global 500, unicorn companies and projects settling here, making Chanba an example of “beautiful China” and “green development”.

Founded in September 2004, the CBE is located in the northeast region of Xi’an City with a planning area of 129 square kilometers and a centralized administration area of 89 square kilometers. Besides being the permanent site of the Euro-Asia Economic Forum, it is also where Chanba National Wetland Park is situated at, as well as the venue of 2011 Xi’an International Horticultural Expo. The CBE currently has a water area of 17,000 mu (about 1133.33 hectares), afforested land of more than 7,000 mu (about 466.67 hectares) and forest land of 29,000 mu (about 1933.33 hectares). It is an ecological garden within the urban landscape that is uncommon in the northwestern China. Overlooking from the Chang’an Pagoda, one can enjoy the glistening water scenery of the Chanhe and Bahe river and four shores, like appreciating a flowing landscape painting.

However in earlier years, the environment of Chanba was unlike what it is today. Before the establishment of the ecological district, it was known as the “sewer of the city” and “landfill site.” It was one of the most severely affected areas in terms of city landscape and ecological environment due to the damage of natural environment, water pollution, garbage siege and sand mining.

In 2004, the Xi’an government committed itself to exerting good governance in Chanhe and Bahe river, and officially established a new ecological urban area — Xi’an Chanba Ecological District. The Government has also put forward the development concept of “recovering the river and allowing ecology to enter the city”, before commencing a large-scale river governance and ecological construction.

Over the past fifteen years, the CBE has adhered to the development concept of “establishing the District based on ecology”, aiming at green low-carbon growth via ecological construction. It has promoted the transformation and upgrading of the whole area towards “ecologicalization, urbanization, industrialization and internationalization” from the aspects of flexible water treatment, landscape greening, pollution control and haze reduction as well as low-carbon lifestyle, striving to build an eco-friendly, livable and green Chanba. Now, with ecological civilization construction as its foundation, the CBE has made great success in areas of finance, commerce, cultural tourism, exhibition and conference, as well as scientific and technological innovation, and has gradually emerged as a new hub in the eastern part of Xi’an. 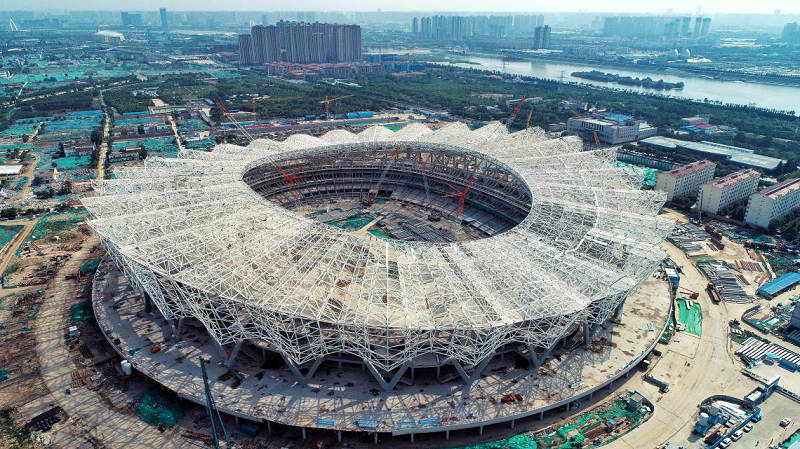 Photo shows Xi’an Olympic Sports Center under construction, which is near the permanent site of Euro-Asia Economic Forum and Xi’an International Horticultural Expo.

The Bahe riverside is not only filled with lush landscapes, it also houses several popular sites including the Xi’an Silk Road International Convention and Exhibition Center, Xi’an Silk Road International Conference Center and Xi’an Olympic Sports Center (hereinafter referred to as the “three centers”). All of them are still under construction and are the landmark projects of the Belt and Road Initiative.

Xi’an Silk Road International Convention and Exhibition Center, which is the largest exhibition center in Xi’an and even in the central and western part of China, will become a large-scale exhibition platform for cultural exchanges, finance, trade, science and technology, with the help of the Euro-Asia Economic Forum and by serving the Belt and Road Initiative.

Under the support of several projects including the permanent site of Euro-Asia Economic Forum, the Silk Road International Convention and Exhibition Center and the Chinese Silk Road Cultural Tourism Cities, the Chanba Ecological District has planned for the construction of a group of hotels at Ouya Avenue since 2014. The future industrial chain of “ecology + industry + life” has been formed due to the construction of star hotels and the endeavor to create a new tourism hub for Xi’an. By 2021, all large cultural tourism projects will be in operation, and the total output value of the cultural industry is expected to reach 1 billion yuan. The CBE is expected to receive more than 50 million tourists annually and the total revenue of the tourism industry is expected to exceed 5 billion yuan.

In order to achieve “green development” and create “landscape productivity” through the establishment of ecological district, the CBE is recently transforming the advantages of natural environment into productivity. The lucid waters and lush mountains are now becoming invaluable assets; fully demonstrating its ecological value and the late-mover advantages. 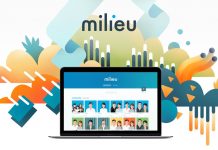 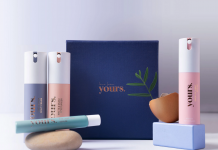