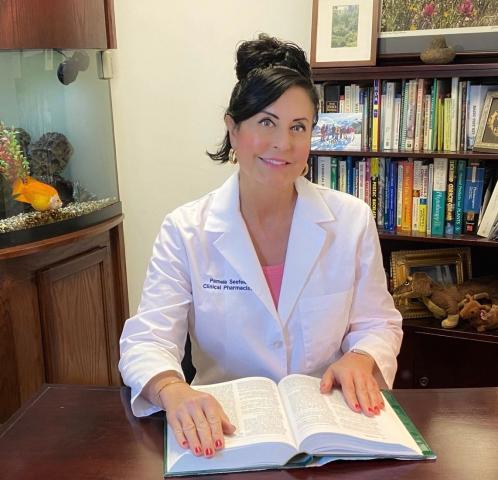 On Saturday, March 26th, from 12pm until 1pm, the Florida chapter of the Citizens Commission on Human Rights (CCHR) is hosting a complimentary virtual seminar titled “Holistic Solutions to Mental Health”. During the event the featured presenter for the seminar, registered pharmacist, Pamela Seefeld, will cover alternative and safe solutions to psychotropic drugs.

Ms. Seefeld, a graduate of the University of Florida College of Pharmacy, has been practicing and consulting on pharmacology for more than 25 years. Her specialty centers around pharmacognosy which is the study and use of botanical resources and natural supplements to treat physical illness as well as mental ailments.

“People should have access to information on alternative solutions to psychiatric drugs, which come with a slew of dangerous side effects,” stated the president of CCHR Florida, Diane Stein.

The learning objectives for the webinar include:

4. Understanding more about the effect of drugs on the body.

The host for the event, CCHR, functions solely as a mental health watchdog, working alongside many medical professionals including doctors, scientists, nurses and those few psychiatrists who have taken a stance against the biological/drug model of “disease” that is continually promoted by the psychiatric/pharmaceutical industry as a way to sell drugs. It is a nonpolitical, nonreligious, nonprofit organization dedicated solely to eradicating mental health abuse and enacting patient and consumer protections. For more information on the dangerous side effects of psychiatric drugs or reserve a spot for the seminar, please call CCHR Florida at 727-442-8820.

About CCHR: Initially established by the Church of Scientology and renowned psychiatrist Dr. Thomas Szasz in 1969, CCHR’s mission is to eradicate abuses committed under the guise of mental health and enact patient and consumer protections. L. Ron Hubbard, founder of Scientology, first brought psychiatric imprisonment to wide public notice: “Thousands and thousands are seized without process of law, every week, over the ‘free world’ tortured, castrated, killed. All in the name of ‘mental health,’” he wrote in March 1969.