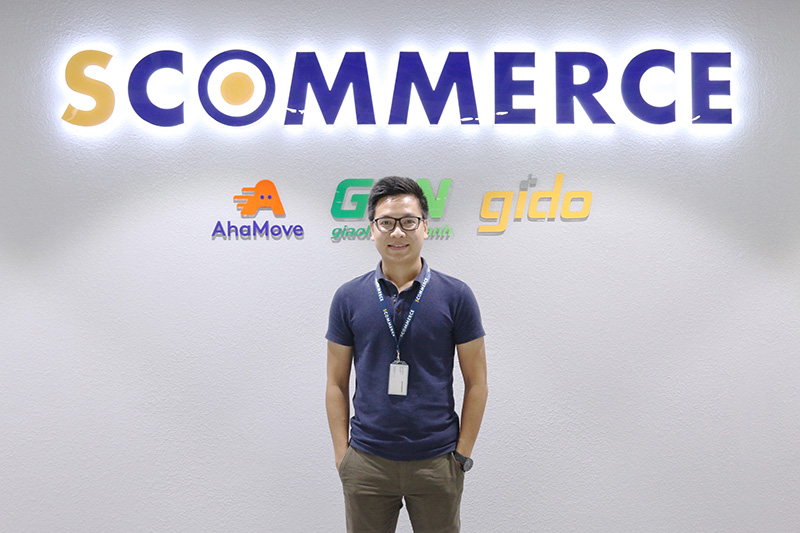 Scommerce, Vietnam’s leading integrated logistics services provider, announced Monday that they have secured an undisclosed sum of investment funding from Temasek, a state-owned global investment company headquartered in Singapore. While the announcement did not disclose the sum it had raised from Temasek, it did mention that it is the startup’s largest financing to date.

The logistics services provider startup, which is also the parent company of delivery startups Giaohangnhanh (GHN) and AhaMove, says that the money secured from its latest funding round will be used to innovate and improve its tech and automation platform, and to speed up the growth and expansion of its two units, AhaMove and GHN. According to news reports, Temasek’s investment amount could be as much as US$100 million.

Luong Duy Hoai, founder and chief executive officer of Scommerce and GHN, said: “Temasek’s long-term partnership and investment will help fast-track the execution of our growth strategy to continually augment our technology and logistics infrastructure, management capacity as well as faster, smarter and more efficient services to meet the increasing demand of our customers.”

Founded in 1974, Temasek has 11 offices globally and owns and manages a net portfolio of US$226 billion as of 2018. Its global portfolio consists of a broad spectrum of industries, including telecommunications, media and technology, financial services, real estate, transportation, life sciences, energy and resources.

Established in 2015 in Ho Chi Minh City, AhaMove became Vietnam’s number 2 in food and beverage delivery in 2016, and is poised to become the country’s top on-demand commercial delivery services provider with innovations such as real-time GPS vehicle tracking, instant order matching, driver’s rating and full 24/7 services. Pham Huu Ngon, chief executive officer of AhaMove, said that the funding provided will be used by the delivery startup to further expand its coverage in suburban districts, improve its existing delivery services, and to examine ways for deeper integration with GHN’s existing infrastructure. Scommerce implemented a AhaMove-GHN hybrid model in 2016.

Launched in 2012, GHN Express is now Vietnam’s number 2 delivery provider for e-commerce merchants in the country. GHN Logistics, which was formed in late 2017, offers integrated logistics solutions for Vietnam’s brands and retailers. Some of the logistics solutions offered include transportation, warehousing, delivery and fulfillment services. Currently, the unit operates a truck network spanning all 63 provinces and fulfilment services in the 3 major hubs of Ho Chi Minh City, Vietnam’s capital Hanoi, and the coastal city of Da Nang.

With the investment raised from Temasek in its largest funding round to date, the Vietnam-based logistics startup Scommerce hopes to quickly accelerate the growth and expansion of its delivery provider units, GHN and AhaMove. The logistics startup will also further improve and augment its tech and logistics infrastructure, besides improving business performance and increasing efficiency to better fulfill customer needs and demands.