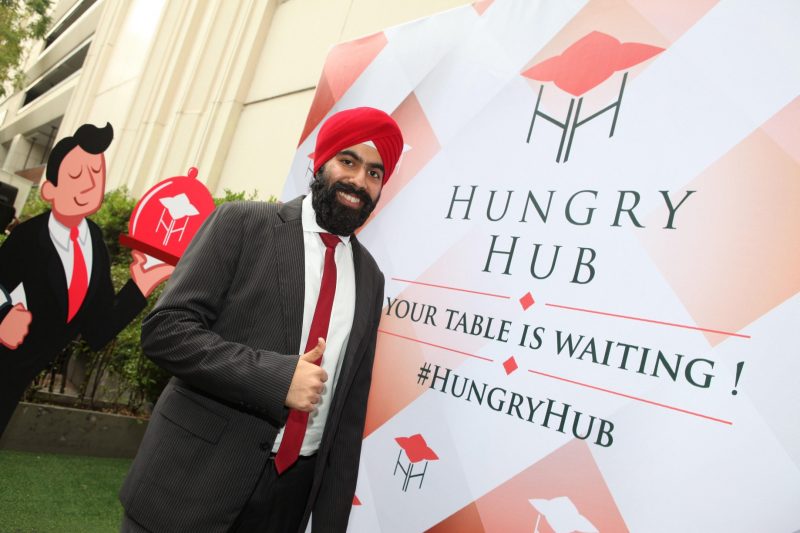 14/8/2019 – Hungry Hub, a buffet app based in Thailand has secured US$450,000 in funding from Expara and 500 Startups. This marks the very first funding for Hungry Hub which had been bootstrapping since its inception.

While Hungry Hub claims to be profitable in the last eight month, the startup plans to raise the seed funding in an effort to speed up on the restaurant acquisition process to reach 1000 restaurants in 18 months.

In fact, the startup is planning to raise a Series A round in the next 12 months, as capital funding for their expansion plans to international cities.

Initially launched in 2014 as a restaurant reservation app, Hungry Hub had pivoted to offer specialized promotions at restaurants.

With a fixed-price dining app concept, the app’s offering includes exclusive buffet deals and sharing set-menus at restaurants with an average per-booking spending of US$80.

“Hungry Hub wants to allow diners to be able to know upfront before entering any restaurant as to how much their food bill is going to come to and for restaurants to drive more revenue through sustainable promotions,” said Hungry Hub Founder & CEO Surasit Sachdev.

According to Sachdev, there has been an untapped potential of group bookings, whether for celebrations or corporate diners, with budgets that can be controlled while ensuring the location, cuisine, and atmosphere are right.

“Customer engagement in food service needs to go beyond the marketing function. Customers are more demanding as they have more choices,” Sachdev added.

Currently operating in Bangkok and Chiang Mai, Hungry Hub is looking to expand to major cities in Thailand and planning a regional rollout in 2020. The company claimed to have seated more than 430,000 diners to date.

Anix Lynch from Expara commented on the deal, saying that “whereas competitors are focused on discounts, Hungry Hub helps the restaurant to upsell and increase revenues while also giving them exposure to a large pool of customers, who directly fits their target market with the ability and willingness to pay.”

Hungry Hub is the first winner in the Pitch Corner event of the Seedstars World Summit 2018 in Switzerland. It was also named the top startup in The Pitch competition for the e-commerce category at the Echelon Asia Summit 2018 in Singapore.