The Solchicks NFT Game is in development:

· Programming: All game systems required for the Alpha version.

· Breeding: Base logic is established, and working on final balancing so we have a sustainable ecosystem.

Now that we have all the core system design issues out of the way, we would like to refocus this sixth edition of the development blog on other aspects of the game. Over the past month, the team has been hard at work at creating that depth and expansiveness of lore that we have always promised. There are many aspects which define the immersiveness of a player’s experience, and the story is a critical element in that respect.

The Story of this Amazing Play to Earn Game

A good story gels the mechanics of the game (the reasons behind why the actual player is choosing to play the game) and the emotions of the game (the character’s motivations and choices). For example, a game’s challenges (eg. climbing puzzles or reflex testing mechanics) have to be framed in the context of a character’s trials and tribulations (eg. defeating monsters or escaping booby trapped rooms) in order to achieve their character’s goals (eg. saving the planet, or rescuing the princess).

Game storylines primarily need to be logical. For example: it makes sense for a player’s ranged attack mechanic to be a dragon’s fireball or a bow, but it would not make sense if a game about World War II had a tank that shot lasers. Yes, even fantasy worlds must have logic behind their stories (like how we have gravity) and game mechanics have to support the story’s logic. The rules can be crazy, but rules are necessary. A good game lets players know what to expect — no matter how crazy (like exploding rainbows during attacks) — when they perform an in-game action this is a crucial form of cognitive feedback.

In our case, SolChicks are non-human-like characters. This means that the key challenge we faced when designing the story is to build relatability between the cute SolChicks and the player. To put this a different way: why should the player — a human — care about what happens to a world of chicks and foxes? Relatability is why most games have human main characters and even if they are not human, they are at least human-like in nature (think elves, orcs, dwarves, demons etc).

However, there is a growing portfolio of highly successful games with non-human / even non-human-like characters — for example: Spyro the Dragon, Ratchet and Clank, Sonic the Hedgehog, and Amaterasu in Okami. The key to this success is to design characters with humanoid characteristics while setting a moderate storytelling to slowly draw the player in and explain the key premise and rules of the universe. Furthermore, having non-human characters also allows us to design unique gameplay mechanics, like Spyro’s wing glide, or Sonic’s spinning attack — just to name a few.

To this end, we had to ask ourselves what makes a good lore. A good lore will involve non-trivial character development, a well-paced story, smart dialogue, a slew of well-written factions and their conflicts, and an interesting and coherent history — among many other elements. A good narrative — as one of our story writers puts it — is like salt: too little of it and you get something bland; too much of it and you spoil the flavor; get it just right and people will barely notice the salt because the salt will be the ingredient that binds the flavors of the dish together in one coherent gastronomic experience.

So, what does that all mean? The team has worked tirelessly to fit all the pieces of the puzzle together to methodically bring a cogent and consistent lore-base on which we aim to build the SolChicks metaverse. Without further ado, here is our attempt at a good story — the story of SolChicks. 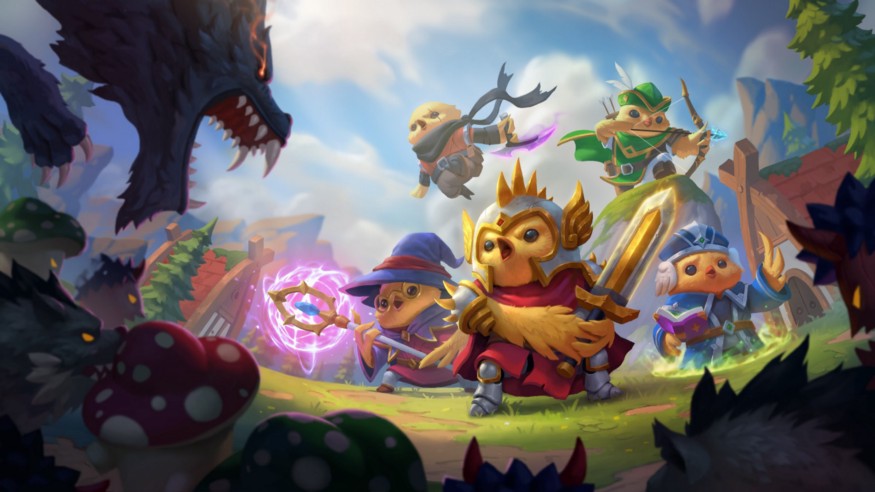 Where should we begin… You see, the SolChicks were originally just sentient chick-like beings, who were named the Chicks. Native to the planet Chicco, the Chicks were a peaceful race which had mostly kept to themselves. They lived for generations without strife and interference from the outside world during a time, which from their ancient codices, they called the Period of Calm. True to the era’s name, the Chicks developed a strong cultural identity and lived relatively peaceful and prosperous lives through harnessing the power of the Solarium SeedWhat are Solarium Seeds you may ask? In short, they are the seeds of the World Tree, Soldrysil. Soldrysil is the mother of life in the universe, and her seeds were scattered across the universe and landed on different planets, fueling sentient life and evolution. Each seed contained immense power, and many sought the power of the World Tree for themselves.

Well, now that we have revealed it — See you on planet Mellow!

About Us: SolChicks is the fastest growing and largest P2E in the Solana ecosystem, with a team of over 150 members, including a blue-chip game development team who have previously brought to market titles such as MapleStory, PUBG, Dungeon Fighter and Tera, and a business management team from institutions such as Wharton and McKinsey & Company.