Pinder’s work with Garrison 7: The Fallen is not solely limited to onscreen, as he lends his voice acting skill to the audio book. Pinder is joined by other renowned voice actors, such as GOT’s Ian Beattie and Charmed’s Brian Krause. 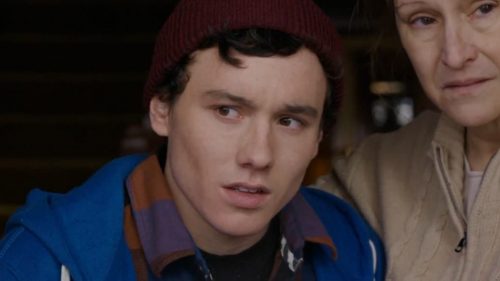 Making his 2014 debut to the world’s televisions on NBC, it has been since then that Daniel Pinder has memorised audiences in hit TV shows, such as NBC’s Chicago P.D, giving both “empathetic” and “emotive” performances, which were greatly enjoyed by viewers at home. Pinder’s role of Michael in the show did not hesitate to impress, leading to Pinder’s development of a sizable fan following, who hold great anticipation for his next role as Kai in the blockbuster, Garrison 7: The Fallen.

Though production of this greatly awaited film is due to start in late 2020, Pinder’s invested fans have lapped up details regarding his role of Kai, rumoured to be, “a young, versatile adult, who is struggling to find his footing in the G7 universe”. The dark setting of the film is sure to be exquisitely juxtaposed by Pinder’s bringing to life of the “unique” and “inquisitive” Kai. Many expect Kai to be the character most resided within by audiences, no doubt benefited by the qualities displayed during Pinder’s performances in Chicago P.D.

Though it may be hard for the audience to take their eyes off Pinder during Garrison 7: The Fallen, the conflict and action within the production is expected to be superb. This is due to the ingenious action of having the film crew comprised of Australian war veterans. This will surely allow G7 to avoid the criticism surrounding many other films’ lack of realism when regarding conflict.

Though the origins of Pinder’s talent are subject only to speculation, Pinder’s childhood likely gave him many of the skills he so eloquently demonstrates to audiences within his performances. High level competitive skateboarding and hockey taught Pinder the importance of perseverance and commitment, whether this be to his skateboard, hockey team or G7, Pinder appears to greatly benefit his work, in a manner not unlike that of King Midas.

Pinder’s work with Garrison 7: The Fallen is not solely limited to onscreen, as he lends his voice acting skill to the audio book. Pinder is joined by other renowned voice actors, such as Game of Throne’s Ian Beattie and Charmed’s Brian Krause.

Daniel Pinder may be a young actor, but he is shaping up to be a giant player in the acting industry, leading to fans’ excitement in watching his growth and maturation into the field.