At a mere 25 years old, Daniel Pinder is looking like he may just be the fresh face that Hollywood is in dire need of. Pinder already been cast in numerous critically acclaimed TV and film projects including Chicago P.D. 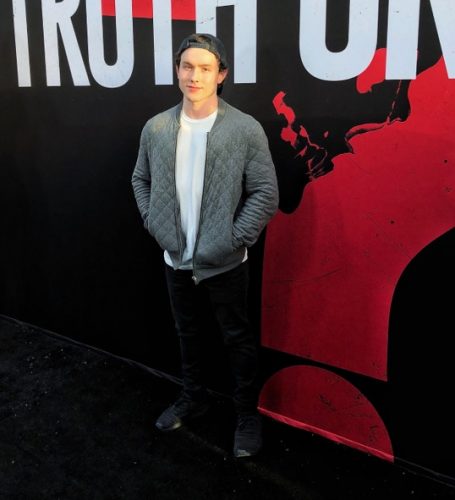 At a mere 25 years old, Daniel Pinder is looking like he may just be the fresh face that Hollywood is in dire need of. Pinder already been cast in numerous critically acclaimed TV and film projects including Chicago P.D.

Born in the prestigious military academy in West Point, growing up Pinder was a keen sportsman. He competed at a high level in not only ice hockey but skateboarding too.

Following his high school graduation, Daniel felt it was time for him to pursue one of his passions: acting. If you want to make it in acting, you need a proactive agent. Knowing this fact, Pinder sought after and found his first agent in Chicago. (On his journey to becoming a professional actor, he studied extensively the art of acting – participating in classes all over the world. He even was deemed good enough to be accepted as a protégé at the exclusive Green Room Studio in Chicago.

Once Pinder believed he had mastered acting, he chose to try his hand at playing a role. This led him to acquiring a role in the first season of the world renowned Chicago P.D, produced by none other than Dick Wolf. Pinder plays the character “Michael”, an edgy skateboarding thief, with a punk flair. Pinder’s performance left fans impressed and wanting more. His unique take on the character meant he stood out as a bright spark on the show, an impressive feat for a show with such a talented cast list.

Following Chicago P.D, Pinder then got requested to consult and aid in stunts in the Warner Brothers production “We Are Your Friends”. Here, Pinder’s expertise of skateboarding from his teenage days, combined with his prior role as Michael meant he was in a position of authority to coach the likes of Zac Efron and cast on skateboarding and how to perform specific tricks.

Pinder’s agent concluded that Pinder should create a website where all his roles and information is collated in one place.

Pinder’s upcoming filmography is full to the brim with potential. He has been cast in a lead role in the long awaited movie Garrison 7: The Fallen. He will be starring as Kai, one of the main characters that help drive the movie and plot forward. Here we are certain to see the culmination of Pinders’ years of grafting in an inspiring performance. The Garrison 7 cast is bejewelled with stars, with the likes of Mark Rolston from The Shawshank Redemption and Ian Beattie from Game of Thrones. This is a prime opportunity for Pinder to show Hollywood what he’s made of, and he will not disappoint.

He is also set to be playing “Isaiah” in the action packed movie “Lincoln Road”. In the movie, Pinder is co-starring with the ferocious UFC personality Amanda Nunes. We are excited for this one, as their on-screen personalities are sure to bring the best out of each of them. This is in addition to being cast in the upcoming racing film “Soul Drift”. Here, Pinder will be playing a character named “Connor Russo”. Soul Drift’s filming has however been postponed for the time being, due to issues filming relating to the Coronavirus pandemic.

At the tender age of 25, Daniel Pinder is already a well renowned actor, who has amassed over 100,000 followers on Instagram with the @danieljpinder – a figure certain to rise in coming years. His masterful performances have ensured him roles in Hollywood movies, despite still living in the Midwest. This is a sure testament to his talent. With the raw talent we have seen, his popularity is sure to rise in the near future, watch this space.

If you want to look in further detail at Daniel Pinder’s previous filmography, you can check his wiki, wikitia and IMDB pages.

MoneyMax to purchase stakes in 13 Malaysian pawnbrokers for US$13.5 million