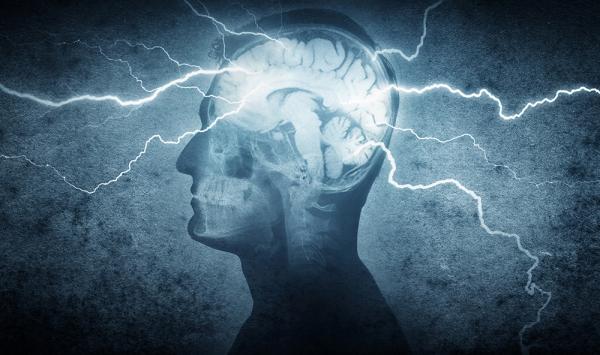 Citizens Commission on Human Rights International announced that one of the nation’s three electroshock therapy devices is no longer on the market, meaning that hundreds of hospitals could be stemmed from subjecting children and adolescents to the practice of sending up to 460 volts of electricity through their young bodies. Electroconvulsive therapy (ECT) is delivered to an estimated 100,000 Americans every year, but CCHR has only been able to ascertain numbers of children given it through Freedom of Information Act requests, responded to by some 27 states. There are concerns children and adolescents labeled with Attention Deficit Hyperactivity Disorder (ADHD) could be targeted for electroshock.

CCHR, a mental health industry watchdog, welcomes the cessation of the SpECTrum electroshock device, but says it should be extended to all electroshock machines, and the practice made redundant. Jan Eastgate, international president of CCHR, said: “Electroshock victims can finally draw solace that at least one ‘shock box’ has come to an end; however, this should be a precedent for all such damaging devices to be removed from the market.”

Because of the loss of liability insurance, the manufacturer was forced to discontinue making and servicing its device as of September 1, 2021. Numerous patients had legally complained of the effects of electroshock administered through several ECT devices on the U.S. market. One patient alleged ECT caused permanent neurological damage that impaired her ability to learn and retain information.[1]

In support of the defunct ECT device, CCHR devoted a 12-page explanation of the dangers of ECT on its TruthAboutECT.org website. The lists ECT’s debilitating long-term side effects for consumers to be better informed of risks.

However, because the Food and Drug Administration (FDA) has no control over how its approved devices are used, psychiatrists can prescribe electroshock for many unapproved conditions, a practice called “off-label.” This has included treating autism, including in children.[2] These patients typically are given maintenance ECT (mECT) which can be as frequent as one treatment every five days.

A January 2022 study also claimed that approximately 60% of child and adolescent patients find first-line treatments (usually psychotropic drugs) for mood disorders fail them and electroshock is recommended.[3] One of the authors is a consultant for two ECT device manufacturers and has administered electroshock more than 260 times to an autistic boy from the age of eleven to seventeen.[4]

CCHR is concerned that with criteria regarding ADHD being broadened recently in the updated Diagnostic and Statistical Manual of Mental Disorders, DSM-5-TR,[5] those labeled with ADHD could also be at risk of receiving ECT off label.

In 2019, the FDA approved an electrical device for parents to use at home on ADHD children. A small electrode patch is worn on the forehead, usually overnight, that sends low-level electrical impulses deep into the brain where the theory is they interact with brain structures, believed to affect hyperactivity. “It is not a cure,” it was reported, and no one knows exactly how it affects behavior.[6] “In other words, children become guinea pigs for this,” Eastgate said.

In another treatment, a cap with an electromagnetic coil administers brief, but intense magnetic pulses to treat ADHD. Described as “anecdotal evidence,” scientists have yet to prove or confirm the device’s so-called effectiveness for treating ADHD. The FDA has not approved this as a treatment for ADHD, yet facilities can deliver daily half-hour treatments for five weeks or more at a cost as much as $16,000 total, doctors told Newsweek.[7]

Electroshock has also been used off-label to treat Parkinson’s disease; neuroleptic malignant syndrome that is caused by antipsychotics; and dementia.[8] A 2014 study was conducted using ECT on the elderly with dementia exhibiting agitation and aggression. ECT causes brain damage, the study conceded, with one author stating: “It is, I suggest, a gross misuse of medical authority and medical credentials to subject older members of society to this kind of abuse.”[9]

Dr. John Read, a professor of clinical psychology in the UK, Laura McGrath, Ph.D., and Prof. Irving Kirsch, an expert on placebo effects based at Harvard Medical School, published an article in Ethical Human Psychology and Psychiatry in 2020, finding: “There is no evidence that ECT is effective for its target demographic—older women, or its target diagnostic group—severely depressed people, or for suicidal people, people who have unsuccessfully tried other treatments first, involuntary patients, or children and adolescents.”[10]

Since 1969, CCHR has helped achieve many legislative protections regarding ECT, including prohibiting its use on minors in four U.S. states and in West Australia. It continues to work to for a ban on all ECT. Sign the petition here to support a total ban on all ECT.