This highly anticipated album is set to release on July 19th. 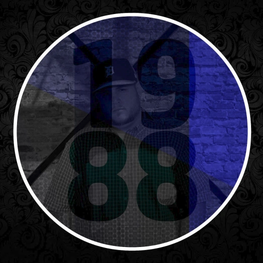 Grand Rapids, MI – Renowned hip-hop artist Jay Matthews is pleased to announce the upcoming release of his latest album, entitled ‘1988.’ Due to be released on July 19th, the album is already receiving rave reviews from delighted fans and critics alike:

“Jay Matthews’ new album 1988 is raw and spiritually-inspired. It goes to dark places to uncover light and places itself as a formidable force in Rap. This is the work of a gifted artist who’s ready to tell his story and give something fresh to his fans.”

Born in Grand Rapids, Michigan, and raised between two households in Michigan and Texas, this talented artist released his debut EP, Before The Dream, in 2011 through his independent record label. His first breakthrough hit ‘Winter’s Heart” garnered attention all over the world with fans, record labels and radio stations, and his 2015 hit song ‘Monster’ grossed over 2 million plays worldwide.

Jay’s ‘Genesis Tour’ led him to perform in major cities throughout the Midwest and on the West Coast, with a total of over 300 shows. His music is also found on popular TV Shows such as MTVs Real World Challenge and some popular editorial playlists, including New Music Friday.

To find out more about Jay Matthews, visit his website at www.jaymatthews.net. To presave‘1988’ click here, or listen to a preview of the album here.

And finally, a message from Jay:

“Be the light in the darkness. With everything that is going on in the world right now, it’s more important than ever to stand up for what you believe in; fight for the unheard voices, and always do what’s right in your heart.”
Jay Matthews is available to perform at events. Please send an inquiry to info@jaymatthews.net