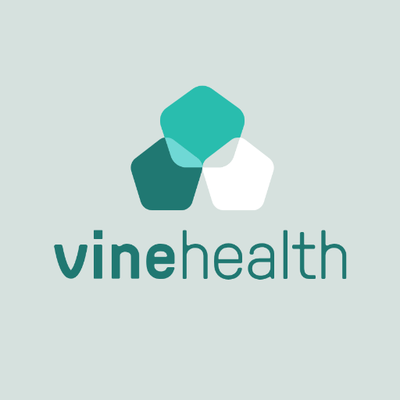 3 December 2021, London: Today, Vinehealth announces it has raised $5.5m in seed funding. The round was led by Talis Capital, with participation from previous investors Playfair Capital and Ascension. A number of angels also participated, including Keith Gibbs, former CEO of AXA PPP Healthcare; Pam Garside, partner at Newhealth; VOYAGERS Health-Tech Fund, led by David Rowan, founding editor of WIRED; David Giampaolo, healthcare entrepreneur and founder of PI Capital; Deepali Nangia, venture partner at Speedinvest and Atomico Angel; Faisal Mehmud, Vice President and former Medical Director of Bristol Myers Squibb; and KHP, a collaboration between King’s College London, King’s College Hospital NHS Foundation Trust and Guy’s and St Thomas’ NHS Trust. The company will use the funding to further develop its product, scale its team and expand in the US.

Founded in 2018 by Rayna Patel and Georgina Kirby, Vinehealth is a digital health platform that improves the quality of life and outcomes of cancer patients. Using a combination of behavioural science and AI, the company’s intelligent digital technology provides highly scalable patient support programmes and collects rich data. Using Vinehealth’s app, patients can better self-manage their medications, side-effects and symptoms, and can regularly enter ‘patient-reported outcome’ (PRO) data to support clinical decision-making, inform service delivery and drive clinical research. This data is hugely valuable to pharmaceutical companies, insurers and hospitals: as evidenced by the fact that Vinehealth has already secured its position as the preferred supplier to six top 10 global pharmaceutical companies and CROs, including Novartis. Uniquely, Vinehealth feeds this PRO data into its machine learning algorithms to drive even more personalised support to patients and further improve their outcomes.

Self-management in cancer is increasingly recognised as critical to improving outcomes and reducing healthcare costs. Pharmaceutical companies cannot differentiate or fully realise the full value of their drugs without scalable PRO data. Drugs usually fail, or are delayed, as a result of low adherence and low patient engagement, which is why scalable patient support and rich PRO data are needed to drive effective research and launch strategies for (often very toxic) oncology drug products. Without sufficient PRO data or patient engagement, pharma companies can see significant delays in bringing drugs to market, losing anywhere between $18m-$240m of revenue for every month a drug is delayed. The traditional approach of collecting PRO data – typically via postal paper surveys – is expensive, slow, low quality and garners poor patient engagement of around 30-40%. In contrast, Vinehealth secured 100% compliance with PRO collection in its first major study with the Royal Marsden NHS Trust. Companies with access to Vinehealth can see this data via a fully interoperable web dashboard, which can be fully customised to suit any project.

This Royal Marsden NHS Trust study also saw patients report an 87% improvement in quality of life. Better self-management has also been linked to lower hospitalisations and lower patient anxiety. Studies show that encouraging patients to log PRO data prompts timelier and more effective patient-clinician communication, and improves clinical decision-making, patient outcomes and care satisfaction. Evidence also shows that when patients track their PRO data effectively, survival increases by up to 20%. Vinehealth’s ability to generate rich patient understanding is growing with its expanding dataset, which can now be used to inform ML-driven predictive analytics, enabling life sciences and providers to predict patient impact at any stage of drug development or delivery.

Notably, the Vinehealth app is rated 93% by ORCHA, the world’s largest single source of digital health compliance. This makes Vinehealth the highest-rated cancer tool in the world by a significant margin. This builds on its award of a CE mark achieved in record time earlier this year; a significant regulatory milestone for the company. With 15,000+ downloads and exceptional engagement seen in research trials, the Vinehealth platform is set to scale rapidly across the life sciences sector, which is urgently in need of a scalable technology to drive richer patient insights, optimise patient engagement and improve therapeutic outcomes.

The funding follows a number of grants already secured by the company, including a £1m grant from Innovate UK’s Biomedical Catalyst, which saw Vinehealth deliver its product to eight NHS trusts in a randomised control trial. Vinehealth has embedded across the cancer ecosystem, working with the leading cancer charities including Macmillan and Bowel Cancer UK, whose invaluable supportive content features in the app. This round of funding will also see Vinehealth’s board become 75% represented by females.

Rayna Patel, founder & CEO of Vinehealth, said: “We are delighted to have received such credible investor support to continue on our mission to empower and support those with cancer. It’s imperative that we start understanding how therapies are affecting patients: for pharmaceutical companies, our technology enables deeper patient understanding which leads to better drugs, greater differentiation and faster licensing, as well as the ability to provide personalised scalable support to patients. For patients, this means better care and improved outcomes from cancer. We’re now looking forward to applying our rich data and machine learning capabilities to novel predictive analytics to generate even richer insights for our life science partners.”

Beatrice Aliprandi, principal at Talis Capital, said: “We’re hugely excited to be partnering with Rayna and Georgina: we’d been keeping a close eye on Vinehealth’s growth for several months before we invested in the company, given its unique value proposition where healthcare outcomes work in direct correlation with financial outcomes. It’s a win-win-win for patients, hospitals and pharmaceutical companies, which is rarely the case in the healthcare space where parties are often at odds with one another.

“From our first meeting, the resilience and mission-driven attitude of the founders was immediately clear and is really what made this opportunity so compelling. Both Rayna and Georgina are clearly incredibly driven to improve the lives and survival of cancer patients, and as a team they possess a unique combination of expertise, skills, and drive to make Vinehealth a success.”

Faisal Mehmud, angel investor, VP Pharmaceutical Physician and former executive at Bristol-Myers Squibb, said: “The Vinehealth platform’s ability to efficiently support precision patient activation in an automated manner; rapidly amalgamate rich high volume frequent patient data; use AI to identify clinically relevant patterns that can serve as important patient interventions – combined with an industry-leading interface and user acceptability – will, I believe, make Vinehealth’s tool the benchmark against which other platforms will be measured in the future.”