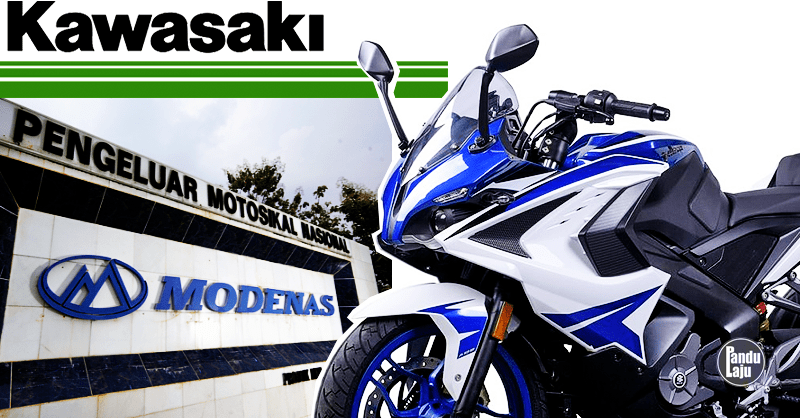 DRB-Hicom Bhd has sold an an additional 14.3 million shares or an 11 percent stake in Modenas to KHI for RM40.3 million (about US$9.75 million) cash.

KHI is also subscribing 52 million convertible preference shares (CPS) to be issued by Modenas. Once converted, KHI’s stake in the company will rise to 48%, while DRB-Hicom will still hold the rest.

The CPS however convertible is subjected to Modenas achieving strategic milestones agreed between the parties.

“KHI has been a shareholder of Modenas from the inception of this brand. Even then, their products had helped Modenas chart a leading position in the domestic two-wheeler market.”

“I believe it will pave a vibrant phase of customer-driven products for Modenas, especially in the street bike and sports bike segment,” he said.

The DRB-Hicom group managing director also believes that KHI’s larger equity in Modenas means they will actively participate in the running of operations at Modenas, instead of merely being a shareholder.

Syed Faisal also added that the existing relationship with KHI will enable both parties to work more efficiently as they develop products for the local market, technology and operational efficiency, thereby boosting the popularity and future prospects of their key products in Malaysia.

Modenas and KHI has a long relationship, beginning with the former’s incorporation in 1995, with KHI owning a 19 percent equity. Apart from bikes, Modenas also undertakes components machining for KHI.

Aside from bikes, Modenas also undertakes components machining for KHI. The production facility is located in Gurun, Kedah and has a production capacity of 130,000 units annually.

Since its inception in 1960, Kawasaki has grown into a major global motorcycle manufacturere with factories in the United States, the Philippines, India, Thailand, and Indonesia, as well as Japan.

The company’s most popular product lins include Ninja, Versys, and GTR.