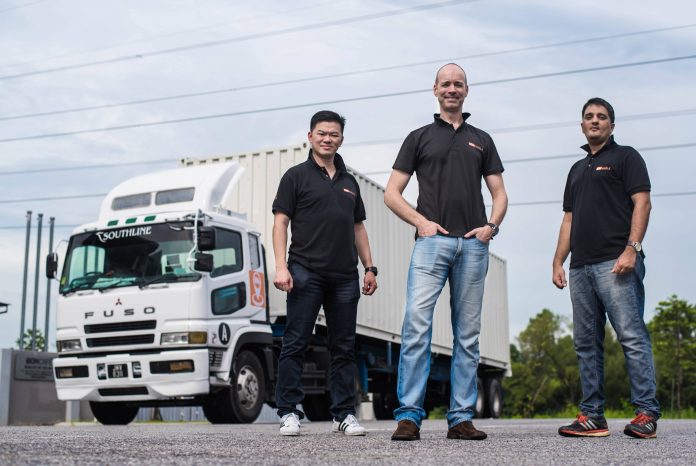 12/7/2019 – Ezyhaul, a freight and logistics startup headquartered in the Philippines said on Wednesday that it has closed a US$16 million Series B round to fund its expansion into Indonesia and the Philippines.

Raymond Gillon, Ezyhaul’s co-founder and CEO said that he expects to start their operations in Indonesia and the Philippines by the end of this year.

Besides, the fresh capital will also be used to further drive Ezyhaul’s technological innovation to offer a complete plug and play model for its clients.

Founded in Singapore by logistics veterans Raymond Gillon, Mudasar Mohamed, and Nicky Lum, Ezyhaul first launched its online logistics services and solutions in Malaysia three years ago where its core technology and product development teams are based.

Through Ezyhaul’s platform, clients can book for domestic and cross-border road freight transportation services online while transportation companies can accept shipments through the platform and maximize the utilization of their vehicles.

With Ezyhaul, users can also get access to real-time track and trace visibility, invoicing online documentation, and proof of delivery (POD). Besides, the company has also recently launched a highly advanced control tower that monitors truck movements, provides intelligent exception alerts and predicts the estimated time of arrival for shipments through advanced machine learning algorithms.

In the past year, the startup has grown more than 900 percent in revenue after successfully closing its US$5 million Series A round in 2018.

The capital from its Series A round was used to establish its presence in Malaysia and expand its operations to Thailand and India, as well as integrating a cross-border solution that currently stretches from China to Singapore.

COO and Co-founder Mudasar Mohamed said, “Businesses spend a lot of money and time as a result of unpredictable and unreliable freight movements. The Ezyhaul platform empowers our clients with the choice of carriers, scale, and operational intelligence to improved logistics performance, and reduced cost. ”

Gillon added Ezyhaul’s current fleet consists of more than 8,000 trucks and transporters and is still rapidly growing. “On the back of our expansion and growth in current markets, we expect to double this number over the next 12 months.”

In 2018, Ezyhaul claims that its platform managed more than 50 million kg of freight across Singapore, India, Malaysia and Thailand. Its client base includes Coca Cola, Reliance Industries, On-Semi, Flipkart, DHL, and DB Schenker.

Tech In Asia is raising US$6 million in a new funding round to strengthen...