One of this generation’s forefront leaders and creators in the entertainment industry, MarQuis Trill is followed by top companies like Forbes, TikTok, Spotify, and McDonalds. 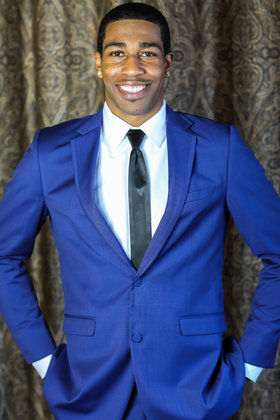 MarQuis Trill extended the boundaries of what it means to be a celebrity on social media. While we traditionally consider celebrities to be people we see on television or mass media, social media has also ushered in a new definition as to what a celebrity can be. In a world where celebrities typically only followed other celebrities, one social media user, who is not considered a traditional celebrity by definition, has elevated himself into “The Who’s Who” of social media and consequently earned his celebrity status. From Drake, to Forbes, and even members of the Kardashian family, everyone seems to be keeping up with MarQuis Trill 10 million people to be exact.

The social media world is an advanced extended version of high school; a popularity contest. However, instead of campaigning for Homecoming or Prom, many social media users compete for their followers affection for either business purposes or to promote social causes. As social media continues to grow into a key tool used for business, many people look to connect with individuals who have expertise on how to grow reach and frequency. One of the most demanded experts in this area is MarQuis Trill, whose popularity in social media has continued to thrive since 2009 when he began his accounts on Twitter @6billionpeople.

While most people were getting used to Twitter, October 2010’s launch of Instagram divided social media user’s attention even more as a new platform was now introduced. However, since Instagram was originally available for iPhone users only, Twitter continued to dominate, making users like MarQuis Trill increasingly popular because he was one of the first users to encourage others to use Instagram and he also showed his audience how to convert their Twitter following to Instagram. He started the follow for follow method and currently to this day hold the record for the number one account on twitter following the most people with 4.4 million.

One of the originators of the “Follow Train,” MarQuis used this method with other influencers to grow their following from hundreds of thousands to millions of users, which prompted him to be followed by several celebrities along the way, who were also new to social media and were trying to grow their accounts at the time.

MarQuis began using his popularity to connect with the top artists to do promotion for their songs, including his famous how to videos for the latest dance moves. MarQuis has done marketing for Uber, Verizon, Puma, Apple and Jordan.” He also uses his presence to promote charitable causes as he’s a frequent player in several celebrity benefit basketball tournaments. MarQuis recently faced off against some professional athletes in Charitable basketball games, experiences that MarQuis said he will remember forever.

MarQuis said, “I like being able to link up with some of my followers and fellow social media superstars like The Kardashians, Black Lives Matter and even former NBA players like B. Diddy (Baron Davis) to benefit the community. Opportunities like this prove how far social media’s reach actually goes.”

Aside from being followed by nearly every model and celebrity on Instagram, he is also followed by top companies like Forbes, TikTok, Spotify, and even McDonalds. Over 10 years of success MarQuis Trill decided to launch dozens of companies that are now taking over social media industries like his entertainment agency “Entertainment 258”, Instagram partnered custom face filter company “Fame Filters”, social media subscription model platform for models and influencers “ModelFans”. He’s is one of this generation fore front leaders and creators in the entertainment industry. Now we see why everyone follows MarQuis Trill