Human Growth Hormone transdermal homeopathic gel product SomaDerm is being recommended and distributed to patients by over one thousand physicians and chiropractors in the USA, according to a new report launched by Seaman Dan. 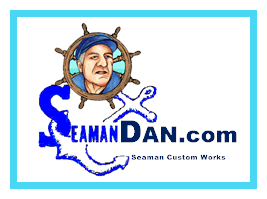 SomaDerm® is reported to be the only HGH transdermal homeopathic product available without a prescription, that is registered with the FDA as an over-the-counter drug.

With the launch of this report containing testimonies from several doctors and medical specialists, it is claimed that more than one thousand physicians and chiropractors are using the product SomaDerm®, developed by Alexy Goldstein, founder of the Californian company New U Life, to distribute to their patients and create an additional revenue stream for their practice.

Doctor Kevin P. Greene, MD, states in the report that “SomaDerm® has improved the quality of life of every patient I have treated over the past year”. The product is described as a powerful and innovative transdermal HGH gel available without a prescription, and it is formulated using a nearly identical version of naturally occurring growth hormone known as somatropin.

Doctor Stephanie Rimka is a Functional Medicine Specialist, and she states in the report that she has “seen the addition of SomaDerm…to my patients’ routines result in more balanced hormone levels, improved cognitive performance and enhanced stress management”.

SomaDerm® is not recommended for children or women who are pregnant or nursing, according to the report, and it is recommended that as with any change in diet or supplements it is always a good idea to consult a physician beforehand.

The product is covered by New U Life’s refund policy which states that the product can be returned for a refund within 60 days of purchase, less postage and handling costs and a 25% restocking fee if applicable.

Doctor Cynthia L. Hall states in the report that “as a user of SomaDerm® myself, I feel better too. I am very excited by these results. I recommend it to my patients because I know first-hand that it works”.

Go to the URL above for more information.