German StartUp founder Max Wellner has taken his love for Japanese Kawaii (literally, “cute”) fashion and has brought his spin on it to Germany. His new store, Kiguki, launched online recently to the excitement of many of Max Wellner’s followers. 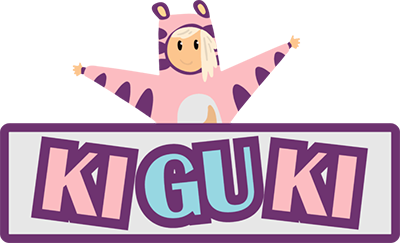 Japanese culture – specifically, Kawaii (“cute”) culture has caught the attention of people around the world in recent years. Anime, art, manga, and other content from Japanese creators is fresh and new to many individuals. Some individuals are so impassioned by it that they have done their best to bring it to the masses.
22 year old German startup founder Max Wellner, better known as SnowDragon on his social media channels, recently launched a cosplay resource website known as CosplayHero. On the heels of that website, he has also designed and launched Kiguki, a website focused on providing multiple types of Japanese Kawaii fashion options to the masses via the storefront and resource pages found on the site.

Wellner shared his enthusiasm for Japanese culture and clothing, and starting the brand was inspired by his last trip to Japan, which was in 2019. He states that “The Japanese culture is so unbelievably different and unique compared to Europe and the US. I was so amazed that I wanted to create a brand that transports those emotions and Japanese vibes to our customers. Now, after months of preparation, we’re finally ready to open our store for Japan fans from all around the world.”

Hello Kitty is often thought to be the first “Kawaii” design that was released to the wider world, even though Japanese culture and art had been appreciated and shared by a small number of enthusiasts before it was released. With the internet creating a more global community among nations, Japanese culture, especially Kawaii art and culture, got a foothold and there are now millions of enthusiasts throughout the entire world.

Max Wellner also explains that he worked closely with Japanese artists, creatives, and clothing designers in order to ensure that he was able to capture the spirit of Japanese fashion in all of the products that he sells via the Kiguri website. Wellner was very careful to respect Japanese culture in his entrepreneurial pursuits and it has led to the creation of a website that offers a variety of Kawaii fashion and lifestyle advice.

Kiguki is a play on the word “Kigurumi” which is a type of clothing often worn by those who are enthusiasts of Kawaii Japanese culture. Onesies and Kigurumis are at the core of the inventory found on the Kiguki site, but Max Wellner hopes to continue to expand the brand and what it has to offer as the site grows and he gains more sales.

Kiguki is an online, Japanese Kawaii (“cute”) clothing brand started by 22 year old German startup entrepreneur Max Wellner. Located in Nuernberg, Germany, Kiguki offers a variety of cute Japanese-style and Japanese-inspired fashion, including onesies, Kigurumis, and a variety of other clothing. More information about Kiguki, including its inventory, is located at its website, https://kiguki.com/. Find out more about Max Wellner and his other projects on https://maxwellner.de.