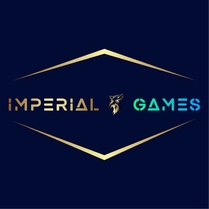 Cryptocurrency has blossomed in recent years with widespread adoption across the world. One of the many benefits of cryptocurrency is that it can be integrated with diverse fields of endeavor. For instance, the advent of play2earn games has given crypto traders and gamers a chance to earn crypto tokens as rewards when they play games. Sadly, some of these play2earn games do not give back on their promise to reward gamers, while others offer unfavorable interfaces and interactions.

On this note, Imperial Games (IMPG) was launched as a play2earn cryptocurrency token which would fill the current gap in play2earn games and truly meet the desires of gamers and traders. Imperial Games is a community-driven token creating a play store platform for gamers. The IMPG platform will offer casual and signature Play to Earn Games that will include 2D & 3D from many styles and genres in single-player and multiplayer formats. Furthermore, the platform has plans to launch its “IGO” initial game offering for developers.

The developers of Imperial Games have announced a presale event that begins from April 30th and will span till May 7th. Investors, traders, and people interested in securing Imperial Games’ tokens can participate in the token presale. Imperial Games has been listed on Pinksale.

“Imperial Games offers anyone a gateway into the world of cryptocurrencies and play to earn gaming,” explained Ryan, Co-Founder at Imperial Games. “We are preparing for our launch in April and we will be taking the necessary steps to provide utility to the community prior to launch. This will include NFT’s and the possibility of staking the IMPG token in May.”

Imperial Games presale will include a community competition.

The more a person invests during the presale event, the more they will win. On May 7th, Imperial Games will announce the lucky winner. Winning comes with awesome rewards as Imperial Games offers an excellent investment platform for gamers and crypto investors