Multi-Grammy award winning brothers, Damian Marley & Third World have taken the Grammy nominated project one step further. Continuing the momentum of “More Work To Be Done”, Jr. Gong and the band share with fans a rare insight of the making of the album. 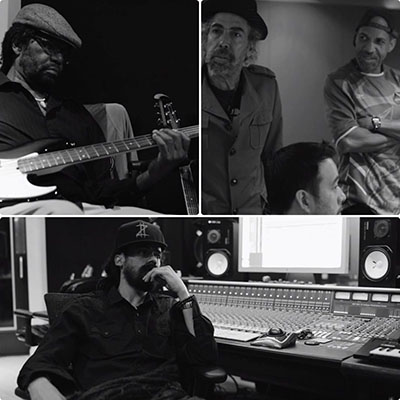 Longevity in the music business for bands is rare, and Third World Band proudly continues to defeat the test of time. For close to 5 decades, one would think that they have done and seen it all, but for the Reggae Ambassadors, as their latest GRAMMY nominated album proved, there is still “More Work To Be Done”.

With a worldwide fanbase of music lovers who have delved into the band’s 22nd studio album, produced by multi-Grammy award winning brothers, Damian & Stephen Marley, Third World have taken the project one step further. Continuing the momentum of the groups’ titled “More Work To Be Done”, Jr. Gong and the band share with fans a rare insight into the making of the album.

Premiering Saturday, April 25th “More Work to Be Done: A Look Inside the Studio with Damian Marley and the Legendary Third World” short-film briefly spans the band’s modest beginning as an opening act for the Bob Marley & the Wailers’ World Tour, to present times. Throughout this mini documentary, Third World skillfully shares the authentic 360 degree tale of their journey as a Reggae band and the creating of the top Billboard charting 11track album at Damian Marley’s studio in Miami.

Speaking on the experience as a whole, Richard “Bassie” Daley explained “It’s the connection; for Cat & I being in the studio with Bob Marley in the ’70s to turn around and find Third World being produced by his youngest son, Damian “Jr Gong” Marley some 40 plus years later fortifies the bond.”

Watch “More Work to Be Done”

“No matter if you have been a Third World fan for 4 or 5 decades or belong to a younger generation of music lovers, this behind the scenes footage gives the looker a look at the magic that sparks creativity amongst everyone from the studio to the stage. In essence, it’s all about the Connectivity” says Richard “Bassie” Daley.