After years of investing in property, Garcia’s highly anticipated writing debut on the topic is set to arrive later this month. The book will cover how to build wealth through real estate, and is expected to achieve Amazon bestseller status upon its release. 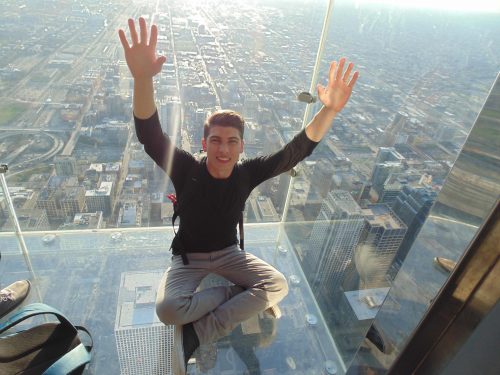 Richard Garcia’s journey to where he is today as an internet entrepreneur and real estate investor was far from ordinary, and his rapid rise to success is hard to ignore. With years of experience in both real estate and the stock market, Garcia provides mentorship to thousands of students in his groups, CashFlowClub and DayTradeToday. He provides his members with extensive knowledge on both real estate and stocks, and has helped thousands to secure their first property and make massive gains trading stocks.

On top of his ever-growing mentorship groups, Garcia manages a cool $10 million in rental property that produces massive cash flow for him each month. Needless to say, he practices what he preaches in his mentorship groups and leads by example in a huge way. His success in real estate quickly took off on social media as well. In just 6 months, Garcia racked up well over 100,000 followers on Instagram and sees tremendous engagement on all of his value-filled posts.

Garcia’s entrepreneurial success hasn’t been an accident. Ever since he was a boy, Garcia has been fascinated with the concept of exchanging something for money. One story he vividly remembers is flipping $20 worth of school supplies into $120 in cash in the sixth grade to help support his mother.

While attending college, he worked at Bank of America and Merrill Lynch, and took little time to rise the ranks of each company where he wound up assisting top level clients with net worths of no less than $50 million. He became incredibly skilled trading stocks and was exposed to the power of real estate during this time, and thus had an early start to the two topics he teaches to the thousands of members in his groups.

After college, Garcia spent time working as a recruiter for Tesla in its early stages where he worked closely with Elon Musk himself. It was here that he really gained an appreciation for the culture of a growing company and saw what it took to be a great leader. He would go on to recruit for Google in its Nest Labs division, and primarily recruited machine learning engineers to be the brains behind the creation of the Google Home device.

His final stint in Silicon Valley was with Facebook after receiving an incredible offer to join the social media giant as a result of his successes at Tesla and Google. During his time at Facebook, Garcia began putting his real estate knowledge to work. He began buying, rehabbing, renting and refinancing properties repeatedly until his portfolio grew to $6.7 million in value. In less than 3 years and without a lot of capital, Garcia was able to replace the compensation he was receiving from the likes of Tesla and Google through real estate cash flow.

While things have moved incredibly fast over the last few months, Garcia is constantly working on his next move. He’s currently writing his first book that is set to release in less than a month, and it’s already projected to hit bestseller status within the first week. Even though Garcia has already amassed six figures in Instagram followers, he knows that this is only the beginning of his social media career.

Garcia’s always dreamt big, and his goals for Instagram are no different. His Instagram will only blow up more moving forward, and it’s hard to believe that Garcia won’t become the next big name in the internet business space akin to Garyvee or Grant Cardone. Based on all that Richard Garcia has accomplished in a very short period of time, it likely won’t take long for him to become the next household name in the world of entrepreneurship and investing.