Cody Wolfe, a reputable singer/songwriter, and CEO of his own record label Wolfe Den Records announced he is gearing up for the release of a new breakup single. 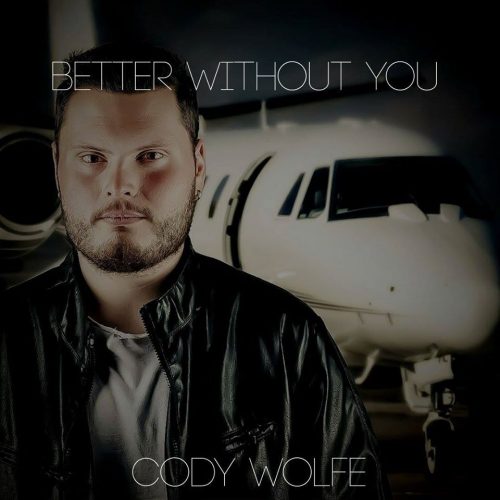 Cody Wolfe, a reputable singer/songwriter, and CEO of his own record label Wolfe Den Records announced he is gearing up for the release of a new breakup single. The song is titled “Better Without You,” and it is produced to assuage the pains and regrets that always follow every breakup. Better Without You represents a salty break-up that recently happened between Cody and his ex-girlfriend. The new song is solely written by Cody and explicitly talks about going on a private jet to Jamaica after a bad break-up. The song has Cody, the singer, as the main protagonist who suffered heartbreak from his ex-girlfriend. In the song, it is revealed that the break-up shattered him, but he took it in good faith and showed a positive attitude to the whole situation.

Known for his incredible songwriting, ability, and powerful voice, Cody Wolfe is using Better Without You as a focal point to inspire his fans. The song enjoins listeners to show a positive vibe in such a negative situation. It also shows anyone who suffers heartbreak how to manage every relationship that is going south. In addition, Cody wants his true fans to use Better Without You as an escape from their everyday lives. Hence, Better Without You has something for every music lover especially, country music, where the story really shines, the catchy rhythm-driven chorus will have you singing along the first time you hear it.

Cody Wolfe is an alluring and mysterious country music singer based in Nashville Tennessee, that has created a brand for himself in a crowded market. What makes him distinct and unique from other musicians is the fact that he is not one of those musicians that employ ghostwriters to write their lyrics. He writes his lyrics by himself and always pours his soul into everything he sings. Hence, Better Without You is a testament to Cody’s innate and unique writing ability and brand. The track continues to show him as a trailblazer who consistently produces great music with deep content. “Better Without You is a song that is dedicated to everyone, especially my fans and those who are through heartbreak or break-up. It is written to help them get through the misery and usual stress that generally characterize break-up. The song is laden with heartfelt yet personal experience and it is masterfully produced with alluring drum-loops, guitar doubling, and inspiring lyrics,” says Wolfe.

Better Without You is a beautiful showcase, displaying versatility, creativity, songwriting professionalism, and experience. From lyrics to the vocal delivery and production, ‘Better Without You’ is a touch of perfection, which makes one want to listen to the track again and again. The song will be available on Cody’s official website, and all other major digital music platforms. Although a release date is still being set a pre-order date will be announced soon.

VietJet in talks with SGX, LSE, and HKEX to become the first Vietnam overseas...