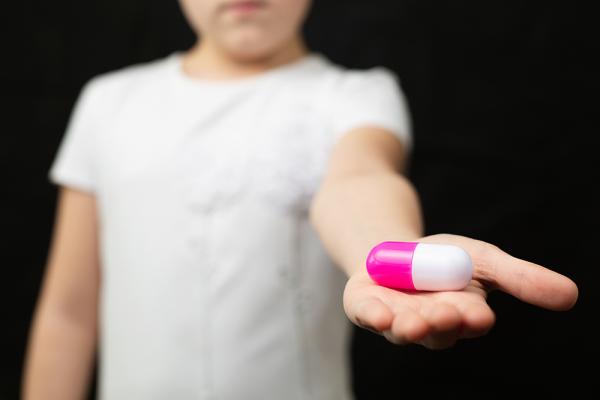 A wave of startup companies are using TikTok ads and loosened prescription regulations to sell stimulant treatments for Attention Deficit Hyperactivity Disorder (ADHD), raising ethical and legal questions from doctors.[1] The New York Post pointed out there is a risk that children or adolescents might “diagnose” themselves and social media can make it difficult for parents or doctors to monitor what drugs children are being told they should take. The mental health industry watchdog group, Citizens Commission on Human Rights (CCHR) International said that social media, television, internet and print marketing of prescription psychotropic drugs hike up sales with the risk of an increased number of children’s rambunctious behavior being wrongly labeled as ADHD.

Psycho-pharmaceutical firms have turned to social media to market their products, in addition to direct-to-consumer marketing (DTCA).[2] It means more parents may also request prescriptions for their children, unaware of potential risks or that “There are no laboratory tests, neurological assessments, or attentional assessments that have been established as diagnostic in the clinical assessment” of ADHD, according to the American Psychiatric Association.[3]

Stimulants adverse effects include sudden death in children who have heart problems, inducing “bipolar” symptoms in a child who didn’t exhibit any before taking stimulants, cause new psychotic or manic symptoms and are associated with “new or worse aggressive behavior or hostility.” One study reported fears of being harmed by other children and thoughts of suicide.[4]

Alan Schwarz’s 2013 article “The Selling of Attention Deficit Disorder” in The New York Times noted: “Many doctors have portrayed the medications as benign — ‘safer than aspirin,’ some say — even though they can have significant side effects and are regulated in the same class as morphine and oxycodone because of their potential for abuse and addiction.”[5]

The increase in consumer marketing of “ADHD” began flourishing around 1997 when DTCA went into effect. Spending on all prescription drug advertising increased from $220 million in 1997 to more than $2.8 billion by 2002.[6]

The number of ADHD diagnoses soared amid a 20-year drug marketing campaign.[7] The prescribing of stimulants had already increased four-fold between 1987—the year psychiatrists voted ADHD to be included in the Diagnostic and Statistical Manual for Mental Disorders (DSM)—and 1996, then shot up after DTCA to 9.5% between 2000 and 2005.[8]

In 1997, the Centers for Disease Control’s first national survey that asked parents about ADHD was completed. Since then, there has been an upward trend in national estimates of parent-reported ADHD diagnoses.[11] CDC found that about 3% of American schoolchildren had received the diagnosis in 1997. By 2013, it had soared to 11%, which amounted to 6.4 million children between the ages of four and seventeen.[12] This was up 967% over 600,000 children reported in 1990, although the child and adolescent population between 1990 and 2013 increased by only 15%.

Congress also passed the Food and Drug Administration Modernization Act in 1997, which encouraged the pharmaceutical industry to develop drugs for children by extending patent exclusivity. This resulted in a dramatic increase in clinical trials in children that involved stimulants for ADHD.[13]

Australian psychiatrist Lois Achimovich found that many parents hate the idea of giving their child a drug but have been led to believe they don’t have a choice. “Any child behavior that looks abnormal, parents think is ‘ADHD’ and they know there’s a medication for it. Pills have become a cheap alternative to this problem,” she said.[14]

Parents believe they are doing the right thing, giving their children a chance to succeed in school. However, studies have found that stimulants do the opposite of improving students and rather, as one Australian study determined, “increased the odds of below-age-level academic achievement by a factor of 10 times….”[15]

Dr. Keith Conners, a psychologist, professor emeritus at Duke University and once prolific ADHD advocate, called the rising rates of diagnoses “a national disaster of dangerous proportions…The numbers make it look like an epidemic. Well, it’s not. It’s preposterous.”[16]

The updated DSM-5 this month increases the window for diagnosis of children by five years—from age 7 to 12—meaning that twenty million more children could be potentially labeled with ADHD.[17]

CCHR, with a 53-year experience in investigating abuses in the mental health field, says drug advertising and marketing of a mental “disease,” branding it in order to sell psychostimulants and other psychiatric drugs should cease as a priority so that parents can be better informed and their children protected.