The first automobile culture and art crossover event in Asia, held its opening ceremony at the Shanghai Port International Cruise Terminal on the North Bund on May 20th. The 40-day exhibition is expected to host 200,000 visitors from around the globe, expecting to be the new milestone in Asia. 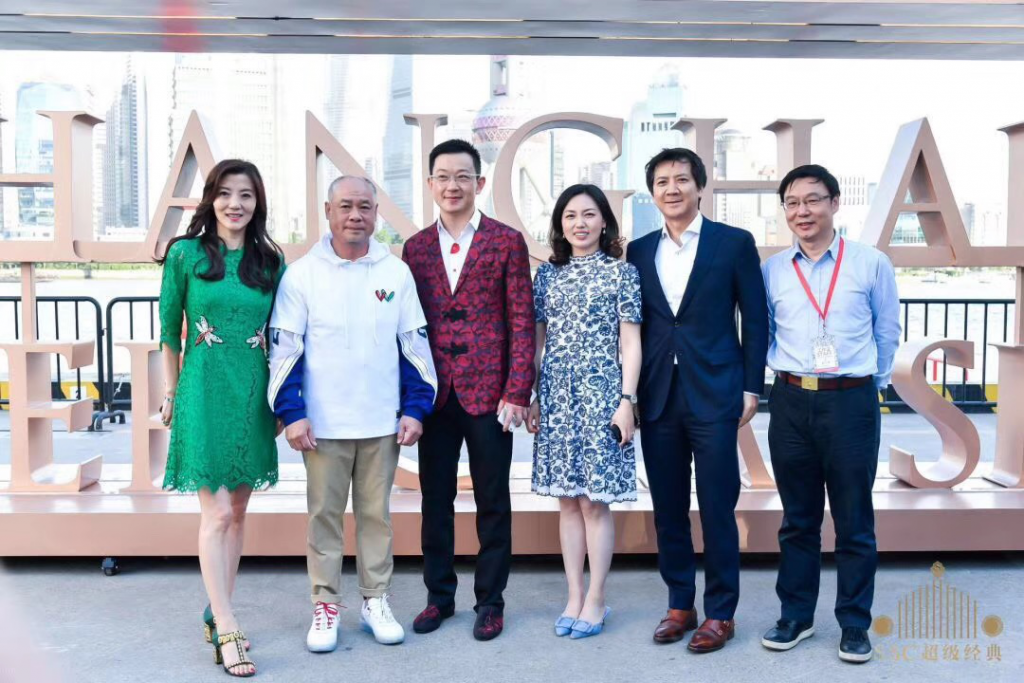 Shanghai, China – The “Shanghai Super Classic”, the first automobile culture and art crossover event in Asia, held its opening ceremony at the Shanghai Port International Cruise Terminal on the North Bund on May 20th. The event showcases a collection of 28 classic cars with a total value of more than 30 Million US Dollars, aiming to create an equally impressive impact on the domestic and foreign auto and art industries.

The above-named Zhou Yi, known for her work as a producer and art curator throughout Asia, created the Shanghai Super Classic to represent China’s embrace of classic car culture. Yi selected the Shanghai Port International Cruise Terminal, itself a symbol of modern architecture in the city’s historic riverside district, as a reflection of the show’s theme: “Elegant Shanghai with Classic Heritage.”

Along with the other landmarks along the Huangpu River—notably the Oriental Pearl TV Tower found on the opposite bank’s Pudong area and the globally-recognized architectural complex on the Bund—this section of the city is called the “Golden Triangle” for the richness of its river views, its significance to Shanghai’s legacy, and the critical role in Shanghai’s flourishing economy.

Within an area of 100,000 square feet, the Shanghai Super Classic hosts items on loan from the world’s foremost classic car collectors, including prized autos such as the 1967 Ferrari 275GTB/4 with an estimated value of over $5 million, the Chinese 1965 Hongqi CA72 which won an award at the premiere car collector’s competition, the Pebble Beach Concours d’Elegance, and a 1976 Lamborghini Countach LP400 Periscopio (one of only 110 ever produced). Other notable attractions include Elvis Presley’s and Marilyn Monroe’s respective Cadillac Coupe de Ville luxury cars and a collection of Porsche 911 models spanning from Generation I to VII.

The classic cars will be displayed according to two categories, Pre-war and Post-war classic cars, as per international tradition. Additionally, cars will highlight specific eras in Chinese history: the early days of China’s reform, the “Opening of China” period beginning in the 1970s, with concept cars representing the country’s vision for the future.

Zhou Yi, together with her collaborating partner Diana Liu, visited world-renowned automotive events such as the Goodwood Revival in the United Kingdom for inspiration. As Zhou Yi emphasizes, “The Goodwood in the UK has become a carnival of car culture. In three days, 200,000 people dressed up and attended the event. The event is regarded as a holiday for the families that take part. The Auto Show here in China aims to match that cultural depth and impact. It strives to be a combination of professional industry exhibitions and car culture exhibitions with Chinese characteristics, together with the people’s love and embrace for the lifestyle. It is a perfect time to incubate and popularize the automotive culture market here in China.”

Compared with European and American car markets, the influence and growth of automotive culture in China is still in its infancy but some see it on the cusp of a boom. How to create a better union and explore the relationships between all things automotive and China’s way of life as it expands has become the top priority of Zhou’s plan. Therefore, at the Carnival Plaza site exhibit, SSC has arranged a variety of crossover and interactive experience activities. Among them are a Li-Ning Pop-up shop, a Parent-child Paradise attraction, simulated racing games, a Hollywood car stunt show, and international delicacy hotspots such as an Italian Viola craft brewery, the popular eatery Partydog, as well as Häagen-Dazs and others.

The aforementioned “Love Is” installation was created in collaboration with INS “Most Valued” and award-winning mixed-media artist James Goldcrown (aka JGoldcrown). The America-based artist’s other works have been celebrated as far off as Japan and Brazil, and his new work at the SSC was a co-branded effort alongside China’s sports and clothing line company Li-Ning.

As an extension of transportation transformed into art and cultural symbol, a one and only private 248-piece collection of Supreme skateboards spanning from 1998 to 2018 will also be on display at the “Back to the Future” themed exhibition hall.

During the events, co-organizer and Fashion Godmother Grace Han will hold a “Best Dressed” competition named “You are looking at classic cars, Grace is looking at you”. She will not be the only one to capture scenes and memories from the exhibition as the venue has installed 2 AI robots to capture images which will be shared with guests and others around the world.

The Shanghai Super Classic will be held on May 18th to June 24th, 2019 at the Shanghai Port International Cruise Terminal on the North Bund. The 40-day exhibition is expected to host 200,000 visitors from around the globe, becoming a new milestone of culture and fashion in Shanghai this summer.